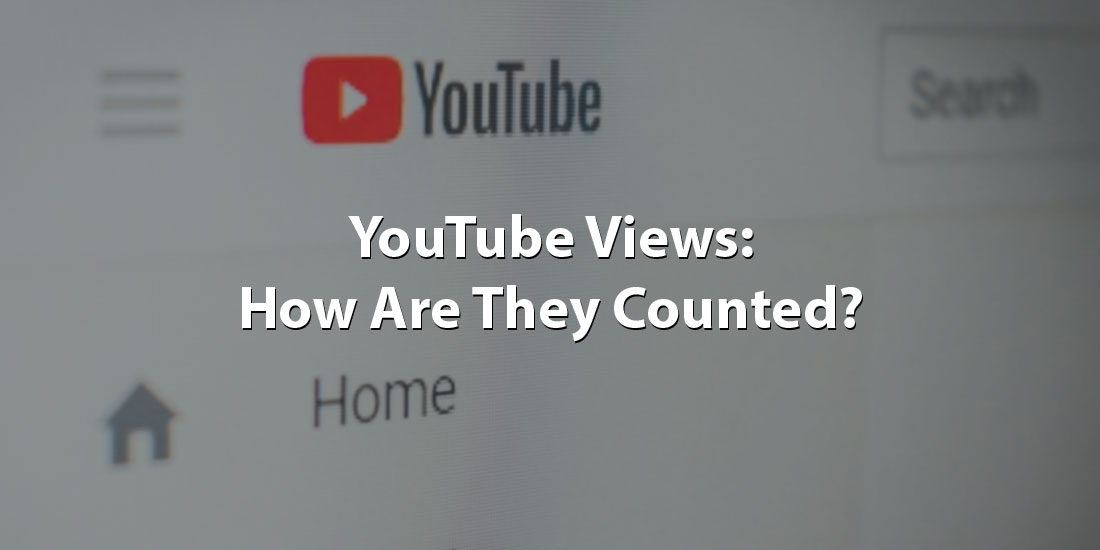 One of the main measures of success on YouTube is views; views mean that people are watching your content, and any potential revenue is derived from your views.

But how does YouTube count those views? YouTube defines a view as a viewer-initiated and intentional play of the video. Originally they calculated views based on the video page is loaded, but that ended up being too easy to abuse. If a video is below 300 views, then it is calculated based on the old method, as videos on this small a scale don’t affect YouTube’s system.

The way your views are counted changes the moment your video reaches 301 views. This is the point where the video could get on the YouTube homepage. Thus the views will be temporarily frozen at 301 until YouTube can verify if the views are legitimate.

YouTube doesn’t want videos to become popular because of bots or constant refreshing of the page. If they find that the views are coming from a small number of computers, they will likely remove the video. While your video’s views are frozen, it can still be used, and you will still receive revenue. And once your video has been verified, your views will be unfrozen.

Videos with more than 301 views are subject to a new set of rules and algorithms. Views will no longer be counted by refreshing the page. The algorithm will detect and eliminate views from spambots and malware.

The exact details of YouTube’s security system are kept a secret to prevent exploitation. The most common sources of fake views are repeatedly refreshing the video, views from malware viruses, views from spambot accounts, and videos being embedded to play on a website automatically.

Purchasing YouTube views from third-party organizations is possible. This can seem like a good idea for anyone looking to jumpstart their YouTube career. However, purchasing views is explicitly forbidden by YouTube, and videos caught doing this will be taken down.

The Harm in Fake Views

The reason YouTube takes fake views so seriously is that it interferes with their ad revenue. Advertisements pay based on impressions and clicks, which can be complicated by artificial views. These false views can devalue the ads and take money away from both YouTube and legitimate content creators.

YouTube’s popularity continues to increase, in 2014 YouTube had four billion video views every day. In 2015 they made $1.51 billion in revenue, and more videos are made every 60 days than the three major television networks have made in 60 years.

There are plenty of YouTube success stories out there, for instance, the channel Epic Meal Time became so successful that they got their own television show. The way YouTube ranks videos by popularity provides ample opportunity for small/medium business to expand their social media presence and advertise their company.

Businesses can also get noticed by posting ads on other videos. There has not yet been any sign that YouTube is slowing down, so there’s no harm in trying to get yourself a slice of that pie.

Kyle Summers is a native Washingtonian and aspiring writer. He graduated from Western Washington University with a degree in creative writing. He works to make quality blog content for Seattlewebsearch.com.