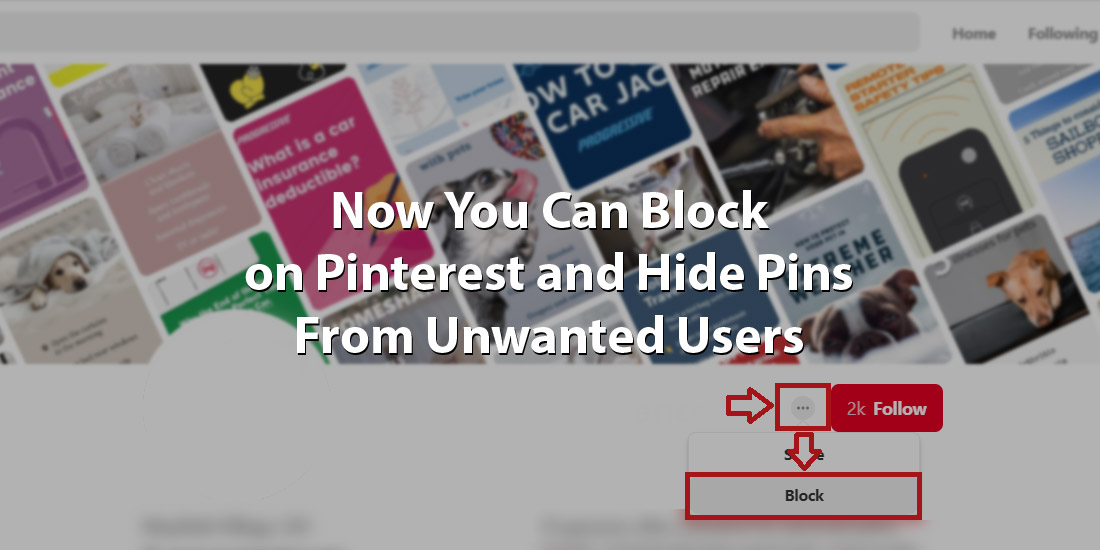 Pinterest has recently added a feature that allows you to block other users. This means users have the power to clear their stream of content they don’t want to see. Creating opportunities for hyper-targeted content to become more successful.

To block a user on Pinterest, merely select the flag icon on the bottom-right corner of a user’s profile. If the user is posting inappropriate content, you can also report them.

What Happens When You Block and Why You Would Want To

You wouldn’t think that the ability for Pinterest users to block people would help brands; but because people now have more control over the content you see, it makes targeting a specific demographic increasingly vital. More relevant content means more engagement (people using Pinterest more) and higher levels of engagement (more repins, likes, comments and click-throughs).

The audience you build will have much stronger connections to you than on any other social networks. Your fanbase might not be as large, or grow as quickly as on Twitter or Facebook, but each fan will be massively more valuable to you.

Relevant content is content that increases engagement with users, which takes the form of repins, likes, comments, and the like. Pinterest allows you to forge a stronger connection with your user base than other social platforms. And users on Pinterest are more likely to buy from brands that they interact with on the site.

In the coming weeks we are going to be showing you why Pinterest is such a powerful tool for SEO (with examples), and how to maximize your social media marketing efforts/time on Pinterest.